A Review of the Power Structures in Afghanistan's Rural Communities 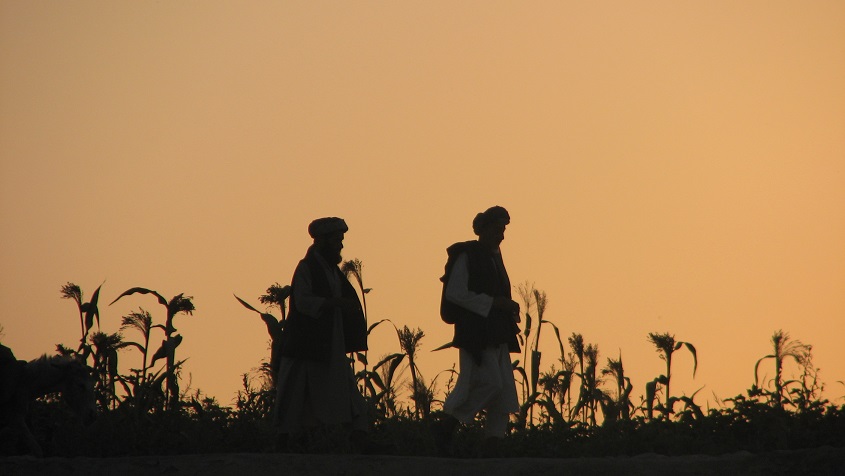 The author, Dr. Asef Hossaini, has concise and precise questions, this is indeed how good scientific research must be: asking questions first. After an initial brief description of local/regional/national conditions in Afghanistan with regard to „power structures“, stating the disruption of those, the author asks then:
Who are the new actors?
Who currently governs in Hazara rural communities?
Are feudal landlords still in power?
What resources and tools do power brokers recruit to apply their power in rural everyday life?
And he asks a basic question in the realm of realpolitik:
Is the central government a power actor in Hazara villages?
After reporting the current status of knowledge at that time (around 2014), he is summarizing the work „as one of the few rare anthropological studies on the Shiite Hazaras“, that „offers a more concrete picture of local politics in rural Afghanistan“ and seen „from a methodological perspective, this study establish a functional and concrete analytical framework to facilitate the study of rural areas with regard to political, development and social issues“.
He mentions even the options for utility of his research: „major clients of this research could be those governmental and non-governmental organizations which are involved in Afghan rural areas“, and also that this „study could be helpful for the Afghanistan Ministry of Rural Rehabilitation and Development“ and others in charge, as well relevant international organizations.
Chapter two (p 11-43) is encompassing theoretical connotations and a critical review of some seminal scientific work done in 20th century, as it would be Max Weber and Michel Foucault. To the end of this chapter the author reviews the notion of social space and power. This chapter is highly needed because good scientific practice has the obligation to predefine clearly theoretical framework of the planned research.
Chapter three demonstrates the transition from theory to the options of empiric field research, including collection of data. Three places have been selected for field research: Akhshay, Char Chishma and Petab-e Zarin. In subchapter 3.4, historic and anthropologic notes define the real-world conditions of Hazaras as ethnic group, as community with a historic perspective. This chapter prepares readers for the real conditions of research in the field.
Chapter four focuses on main power variables in this specific setting: rural places and social spaces, including the role of women in the context of a traditional community/ society. The author analyses the role of religion as well ideological as well as a symbolic source of power. This notion of religion and religiousity deserves not only to be mentioned but critically analyzed in a lucid and clean manner. The „modernity package“ as a social factor in recent decades gets the necessary attention too.
The final chapter demonstrates the transition from empiric field research to a comprehensive though compact analysis.
It relates to the inherent functions of power. The elements of the microphysics of power (Foucault 1982) will be described and analysed by derived data: Actors, resources, forms of practicing power and dynamism.
The author is willing to having an eye on former theoretical issues mentioned in the former chapters, without losing touch with the real of life of inhabitants of these three villages. Theory still remains visible, but it does not dominate evidence.
The researcher asks how they practice power? And the microphysics of real power reveals itself in three concrete life areas: internationally financed development projects, the modes of conflict management and of course possible political actions.

The analysis has the elegance of being focused, without conjectures, rife, presciently, and cohesive. The author should here receive the compliments for the work done.

And of course the conclusion: „the power structure in Afghanistan‘s rural communities is not necessarily based on traditional organizations or warlordism. Each village has a different type of power structure, which associated with the amount of resources, the type of resources, actors, social norms and values, social stratification, geographical locality, political background, and other factors.“ and this is how you do solid scientific work, based on theory and practice.